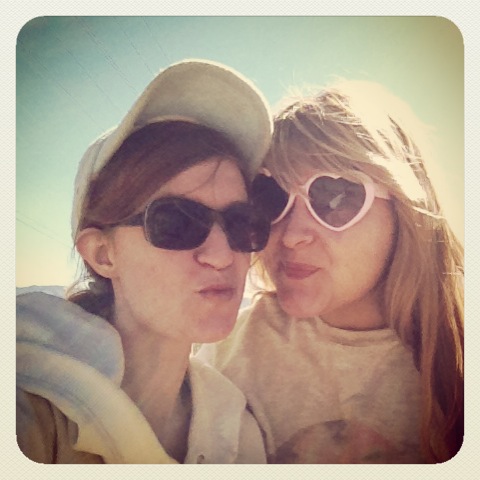 Crewing required – why collaboration is so important at AFI

A film is not only as good as its director – it’s as good as all the collaborators working on that film. The American Film Institute Conservatory highly supports collaboration between its fellows, but how do you make 28 highly talented, but rather self-serving directors collaborate? You make them crew on each other’s shoots!

For the first 15 to 20-minute short film in the course of our study, everyone is given four specific days of shooting. Every week, there are four teams shooting at the same time so that all 28 films are finished shooting after seven weeks and then go into a tight post-production schedule. This repeating cycle of prepping, sending teams out to shoot and then into post production gives the exercise its peculiar name: Cycle One. It is an immensely well-organized process considering most of the equipment comes from the school and needs to be maintained. In the tight schedule of all the disciplines there are numerous grids and patterns to be figured out and deadlines to be met no matter what. The fun begins when two weeks out of shooting the script has to be locked and followed by a video storyboard. This was my first experience in helping out another team – as an actor in their first rough visualization of their final script. It turned out to be a great bonding experience and an appreciated distraction from my own never-ending cycle of Development Meetings, Safety Meetings, Group Meetings, Location Scouting and class.

To take it a step further, directing fellows are required to crew on at least two other Cycle films for the full four days, to which we are assigned to by our production services. Consider taking four full days away from your pre-production time to dedicate to another person’s piece of work and imagine how much everyone is appreciated being on set! You get the chance to see a shoot from a different point of view and strengthen either brain muscles in production-related jobs or the muscles you need to lift things or run errands on set that you usually don’t pull if you are sitting in the director’s chair and observe everyone else working. Helping out fellow students is also a great opportunity to get to know them and establish bonds for your next projects – or even for life. For me it was a bittersweet experience to have a 3:30am call time to get that beautiful sunrise shot in the desert and later in the day sit through a sandstorm that picks up all kinds of dirt, blowing in your eyes and food. But when I see the sunrise and the sandstorm in of the actual film, it makes up for everything and I feel like I contributed a great deal of passion and endurance that made this movie a better one, even if it is not my own work.

Working on someone else’s project brings a perspective to your own work that can either make you feel better about your project or make you feel intimidated. Both things happened to me during my crewing experience and I think it is a win-win situation. If you feel better about your project because you feel safer with your style of handling things, then it provides confidence towards your way of working. If you feel intimidated by the excellence of others, it will make you work harder on your own project. It was a very inspiring experience and brought me a great deal of practical knowledge that I can incorporate in my oncoming project called “Finger Food”.

Picture credit: On the sandstorm-set of „Dry Bones“ with my lovely directing fellow Catherine Taylor