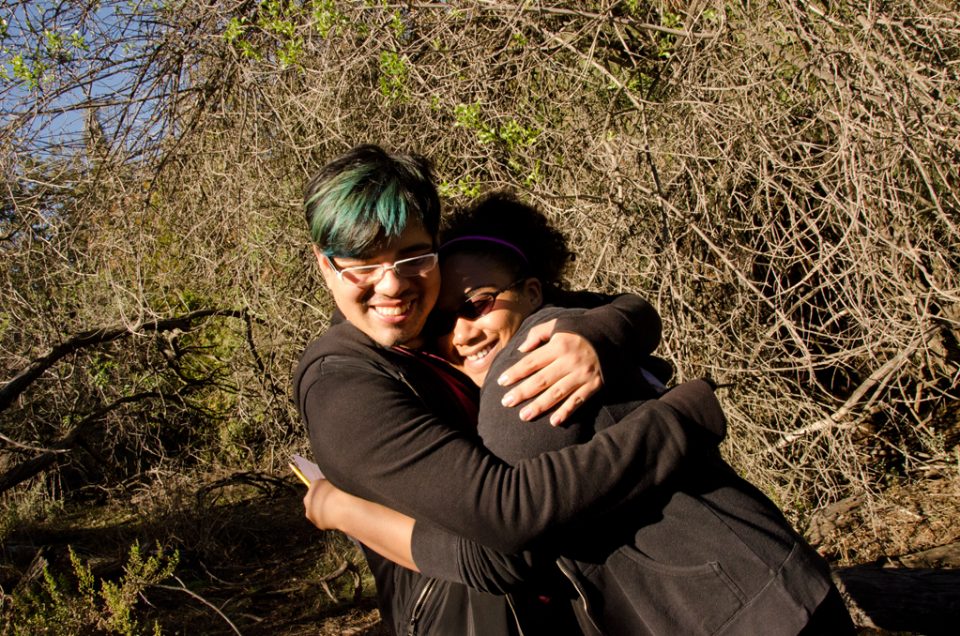 Scouting for The Wise Woman in the Woods

During the first weeks of the New Year, I began  to understand the term „Cycle film“ a lot better, as during the preparing of Cycle Two, Cycle Three already began to lurk around the corner! With thesis script preparation and classes during the week it makes my mind spinning in … Cycles! Alas, getting away from day-to-day class routine at AFI needs to be for good reasons! Well, one of my favorites is Location Scouting! It might sound like camping, summer vacation and hiking trips, but that’s far from what it is. In film terms, “Location Scouting” is also called “Recce”, derived from “Reconnaissance”, a military term for exploring the enemies’ territory.” But up until now, I’ve never encountered enemies on a location scout – except for grumpy owners or insidious hagglers.

Luckily, it has nothing to do with military or hiking whatsoever. Some people will say: Location Scouting is merely looking at locations for your film! Merely? Don’t underestimate the power of a location and the creative input it can give you and your team! This year, I already had some very inspiring encounters. In search for old and run-down cabins for my Cycle Two, “The Lives of Bones”, I drove up and around the Angeles National Forest with my team. As a European, I am quite unfamiliar with the wide expanse of land and the aridity of the desert land around the City of LA, so when I arrived in Agua Dulce, just off Santa Clarita, I was stunned by the bareness. This part of the forest was widely destroyed in a fire in 2009, so you could still see the burnt remnants of trees and brush that had once been a forest. I had never experienced such an apocalyptic feeling, when I was facing a destroyed and burnt bridge.

Our first destination, a cabin owned by an old man, who made a fortune as a stunt double, turned out to be a letdown. But we decided to drive around a little bit more nonetheless. When we came by a tall white gate off the road, we spotted a small sign “Call for Filming”. And of course we called. A short, but tough lady came to greet us, accompanied by her two dogs, one almost blind and the other young and playful. The moment I saw this woman, all my thoughts about the location vanished. She had such a powerful presence, scars in her face showing that she probably had an eventful life. When we talked to her about the fire, she raised her hands and said “Let it all burn down!” She has insurance. Together with her earth colored, torn apart fake-fur jacket and her thick Spanish accent, she reminded me of a wise medicine woman, grounded to earth and not afraid of nature’s ways. When we negotiated about filming on her property, it seemed as her and her dog’s eyes tested us, seeing if we are trustworthy. When we expressed our interest in the place and started to leave, she gave our producer Erika a big hug that made everyone silent. The whole team could feel her earthbound presence. She is exactly how I pictured Netty, one of my main characters in “The Lives of Bones”. I was blown away. Who would have thought that I can find inspiration for a character when I was only looking for a place to shoot at?

We continued our search through the beautiful hillside in Arcadia, where everything was lush green, but we had to let that opportunity go because it would have taken us a 20-minute walk to get to the secluded cabins. It is a tough challenge to find places that are both original and accessible for film crews as well as trucks. So we went on exploring through all kinds of woods in the area and had a great time finding our perfect match! I think location scouting has some resemblance to finding a soul-mate. You can either feel the energy of a place and connect to it or you can’t. And believe me, as soon as the actors will step on set, they will feel it, too.