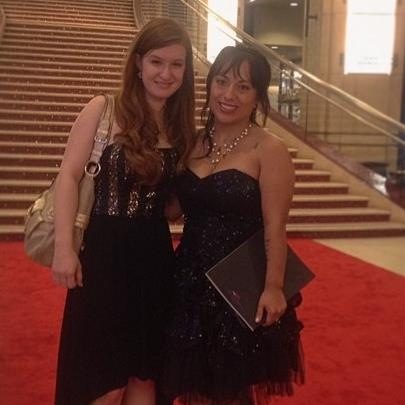 My first year at AFI: A roller coaster ride

Success in Hollywood is as much about failures as it is about praises. Especially in a subjective medium like film, you never know where your path is going to take you: up or down. It is important that you never let yourself be knocked down, no matter what happens. Because if you stay true to yourself and are honest with your work, you will eventually find your audience and your stage. The point of disconnect with your audience happens if you lose your own voice because you are trying too hard or because you are trying to please an audience. That is the most valuable thing I learned in my first year at AFI.

In film school, we simulate audience test screenings in a class called Narrative Workshop, the core class of our first year at AFI that happens twice a week. We show our Cycle Productions in front of the whole class, with all the disciplines and faculty members watching. Showing your film is the most nerve-wracking, but at the same time the most elating thing in the world for me. But what comes after that is simply horrifying: You sit on the stage with your team, not allowed to say a word. It is an exercise in listening to the class, which discusses the narrative structure and critiques the movie. Moderated by producers and television executives from outside the school, AFI emulates the real-life situation of the outside world. The critique tends to be so much harder, because naturally, there is a lot of competition between fellows and everyone is told to be extremely honest. Because that will give the filmmakers the biggest chance to grow with their next project.

Most, if not all the great and successful stars of Hollywood did not have a straight path – I was reminded about that when at the end of the year, I was sitting in the Famous Kodak Theatre in the AFI-hosted Life Achievement Award Ceremony for Jane Fonda (see picture). It featured huge stars like Sandra Bullock, Meryl Streep, Michael Douglas and Sally Field, to name a few, emphasizing the fact that they are so grateful to Jane for the times when they were struggling with their profession and she empowered them. It was incredibly inspiring to see those stars shining on stage, moving the audience with their honesty about their doubts and failures. The most important thing I learned in the holy halls of the Oscars, is not to give up. It is true for directors that you are always as good as your last film. Consequently, every project is a new opportunity to shine!

My first year at AFI was a rocky path, with ups and downs, but I embraced the roller coaster ride with excitement and persistence to arrive in good condition at the finish line. I might have let myself be beaten down by criticism in Narrative Workshop and fell seriously sick for a few months, but I did not give up on my skills and my learning process and I am especially proud that I finished all three productions regardless. At the end of the year, I realized it is not the right fit for me and looked into other programs. I want to take it slow now, embracing the signs my body has given me. AFI is without a doubt the best film school in the world, but it is also the hardest. With classes, project meetings, homework, prep-work and shoots taking up seven days a week for up to 14 hours a day, it is a fast ride and it is easy to lose track of yourself.

I certainly had low points of self-doubts this year, but it was always mixed with anticipation for the next move, the next project, the next chance to prove myself worthy of the title ‘director’. I found a great Directing program at UCLA Extension that has a slower pace and seems to fit perfectly, so I can use the tools I learned at AFI and grow in showing my voice as a director. I am very sad to leave AFI, but I am planning to work again with the people I have grown close to. It was incredibly empowering to meet people who believe in me. My AFI fellows feel like a huge family. I am grateful that I was given the opportunity to learn from the best for one year, with a scholarship of the Dean. By leaving after the first year, I follow the steps of a lot of other directors, including Darren Aronofsky, who did not attend AFI for both years. I think it doesn’t matter what route your take as long as you know what your goal is and believe in yourself!

Photo: With my fabulous roommate and photographer Stephanie Smith on the red carpet in the Dolby theatre, taken by a random tourist =)