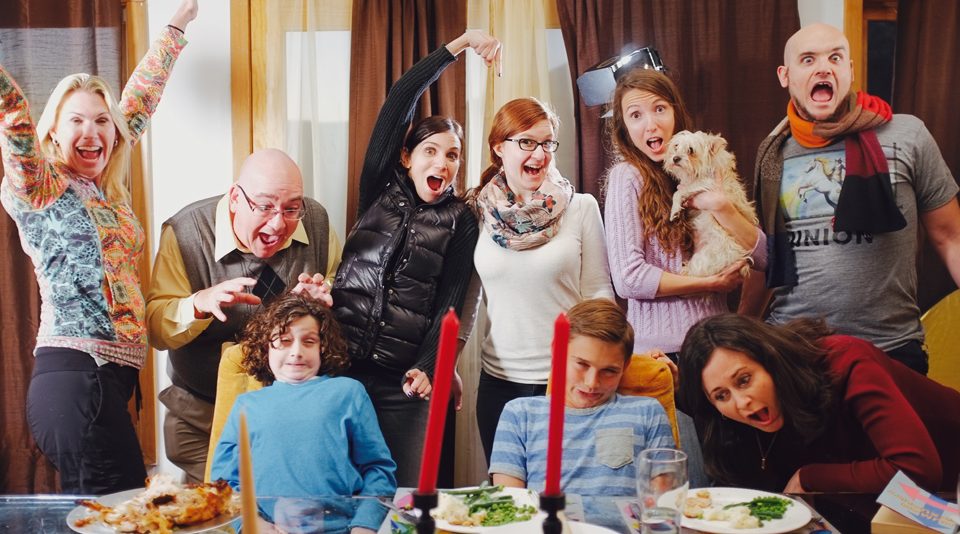 This year, I got picked amongst nine other contestants for the Filmmakers Alliance’s first SHOOTOUT 48-Hour competition! I sent in my portfolio and was notified a week before the shooting date with a pool of 48 three-page scripts from the writer’s collective ‘3rd Page’ to choose from. After I dug through all the material, I chose one of the scripts, called ‘The Glory of my Beginnings’ and started pre-production.

I was lucky to have a producer by my side, Melissa Hoppe, who helped tremendously with organizing the shoot. Because we had such a limited amount of time, it was great to have her help with pickups and crucial creative decisions. We made a few changes to the script and gave the project its current name: THE FIRST SUPPER. The team we put together the following week consisted mainly of people we hadn’t worked with yet, a challenge in itself, but exciting at the same time.

The story we picked is a dinner table conversation where a 9-year old boy thinks he is Jesus, because he found out that his parents used a sperm donor to create him. Because of its adult language, we focused on finding two appropriate children first. Once we had them, we cast the parents, because they needed to fit ethnically, of course. The kids turned out to be just perfect and we were lucky that their parents had no issues with the language in the film and were very comfortable on our set.

They say don’t shoot with kids and animals, but we challenged ourselves! In addition to the two kids, our producer’s dog Dori Frizzle had its screen debut as the family dog. Due to our well-organized pre-production, the shoot still went without problems and we finished on time at 6pm – BUT THEN. Post-Production is one of the most underrated and under-timed parts of film production and having already planned 24 hours for post, it still wasn’t enough.

While shot Saturday from 9am-6pm, our editor William Boodell already logged and synchronized the material, so we could watch the ‘Dailies’ (all the takes shot that day) after wrap. We looked for moments we want to use and got a feel for the material we edit with. The rough cut was supposed to be ready by midnight, but after shooting and watching dailies the editing process started out pretty slowly. At 2am, we called a break so I could sleep for a few hours and let the editor finish a more polished rough cut, so we have a good basis to work with. I was happy that he was so dedicated, working through the night without a lot of sleep!

By 5am in the morning, when the sun showed us a beautiful sunrise, we finally had the first rough cut and discussed the changes that need to be made. I sent the editor to sleep at about 7am and started with a few touch-ups, to move ahead. By 10am on Sunday, both of us zombies received more notes from our producer, who were incredibly valuable because she still had fresh eyes. At 2pm, now 2 hours behind schedule, we picture locked!

But after locking picture in the edit, it’s still not over! Together with our cinematographer, Brody Engelhard, I started rushing through color correction based on a preset that he created for me and gave notes to our title designer Robert Lopez and our amazing composer Nami Melumad. The audio files had gone to the sound mixing team Jennifer Seip and Shachar Boussani already, so they could clean up dialogue and insert effects before we would sit together to mix. Time flies by incredibly fast when you are sleepy and busy, so we had to rush to the sound-mixing stage to finalize sound, export and deliver to the Canon Hollywood Service Center!

And of course, that day it rained in LA. Some accidents on highways and wet shoes later, I finally arrived at the destination, just in time for the screening at 8pm where all the groups spent a night of communal celebration. – The best 48 hours of my life!