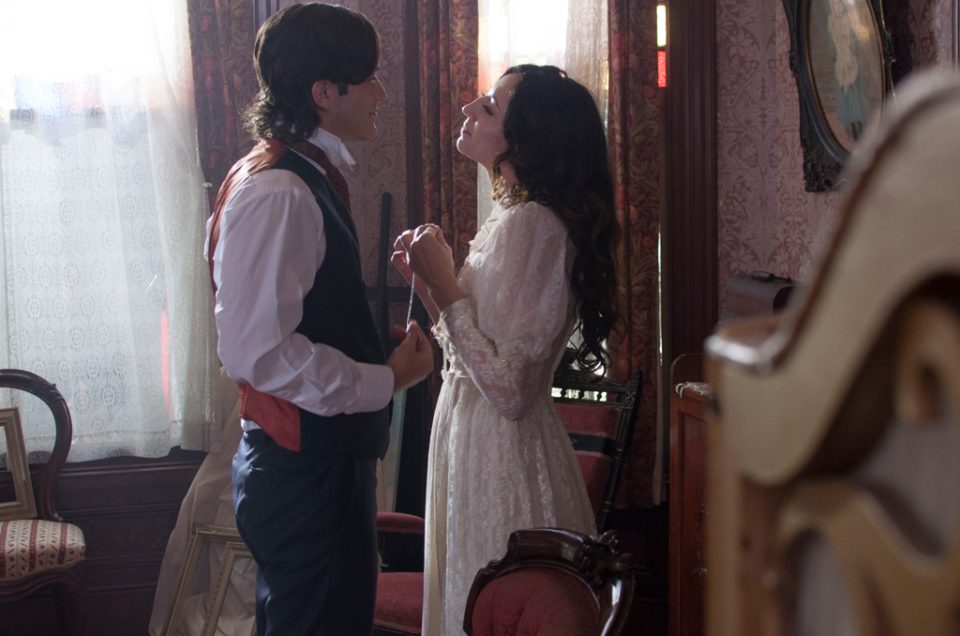 “The Fox and The Crow” – Period Piece De La Creme

One of the great things about film is that you can create ANYTHING you ever dreamed of! You can even travel back in time and imagine what it would have been like to live there. Endless story opportunities! For Cycle Three, my third and last film of the first year, I wanted to take the chance to travel in time AND place and set my piece in Victorian England. Some of my favorite movies take place just there and as a lover of Jane Austen’s stories, I couldn’t end my first year of film school without a film set at this time…

Every team member had different approaches to do their research. For a lot of us, it required binge-watching British films, documentaries and a lot of research in books about style, manners and behavior. Co-written by our French producer Camille Cornuel and American writers Matt Marder and Drew Davis, our international team had to stay hyper aware of historical correctness to make our story believable. I also tried to breathe a little European life into our story, based on my travels to London back when I lived in Germany. I took every opportunity to talk to British fellow Catherine Taylor about the story and the setting on top of free consulting on the dialogue in the film. In honor of her assistance, we named one of our main characters after her.

It was very refreshing to work with an international team to latch into somewhat unknown territory together. “The Fox and The Crow”, tells the story of a conman who falls for his own trick: using flattery to distract his victims in order to acquire what he can’t afford. His biggest scheme so far, stealing a valuable Turner painting, is interrupted by the encounter with an attractive female acquaintance, who has her own questionable interests. It is loosely based on the French fable “Le Corbeau et le Renard” by Jean de la Fontaine, which lends our film its name.

For a crazy idea like this, AFI is the best place you can imagine! It is conveniently located in Los Angeles, where you can find anything you could possibly need, because the demand for extraordinary places and gimmicks is extremely high here. And the connections and reputation that AFI provides opens a lot of doors, too. For example those of Universal and Warner Bros. studios’ prop houses! When we set out to find a Victorian home for a location, we found the Los Angeles Heritage Museum, which is a collection of original Victorian houses that have been transported into a square in Los Angeles and, of course, is open to filming. We were even more surprised when they could supply us with fully furnished rooms and period accurate costumes as well.

Another tricky part was Casting. Finding actors with British accents proved to be a challenge in Los Angeles, but as it is often a part of actor’s training in school, we were able to choose from a decent array of candidates in the SAG Conservatory. We ended up casting Christy Williams that came in with a dialogue coach and a Scottish take on her character; Andrew Scott, who presented a good English accent with the matching charm of his role; and to complete the ensemble, we found Andrew Blackwood, who has English family members and thus was very firm in delivering a believable accent. Rounded off by period costumes, accessories and intensive hair & make-up, including a fake moustache, the illusion was complete!

On many levels, Cycle Three was my favorite filming experience so far. Apart from immersing ourselves into this unusual world for two months, it was also a very smooth shoot thanks to my awesome 1. AD and fellow Christian Vogeler. It took me quite a while to understand and internalize the American shooting process on set, but once you have it, everything goes so much easier and faster. I easily got the double amount of coverage in comparison to my previous Cycle films, just by an effective use of time on set, for example by adhering to the rule: “Block – Rehearse – Shoot” for every single setup. This was probably the biggest learning experience for me at AFI and by far the most ambitious short film, especially because of the incredible amount of research involved!

Picture Credit: Andrew Scott and Christy Williams on set in the LA Heritage Museum. Thanks to Stephanie A. Smith!