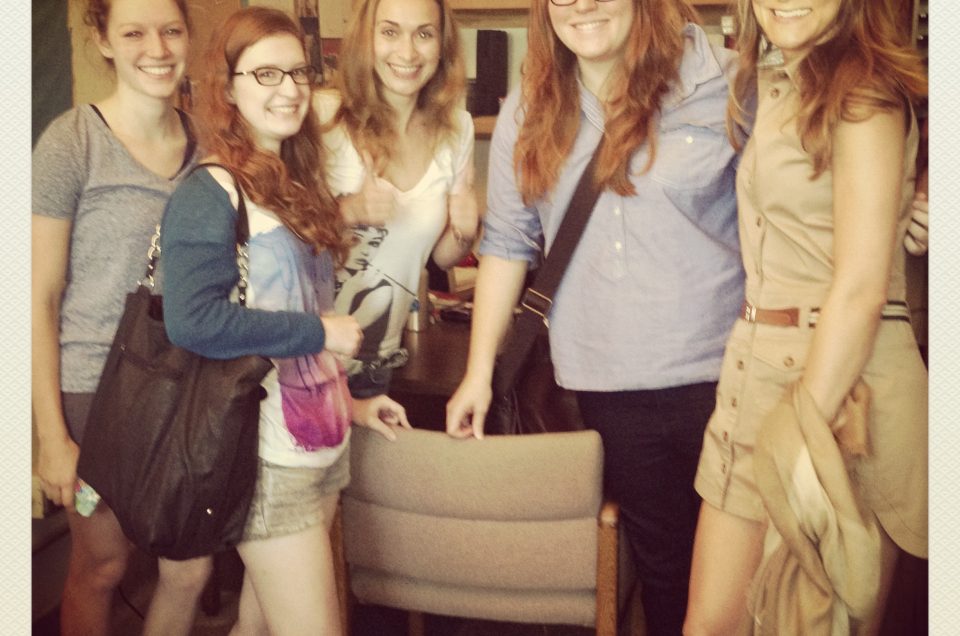 There is no I in TEAM …but in AFI

Two weeks ago on Monday, I was greeted with a warm “Welcome to the first day of the rest of your life!” at AFI Orientation. And then we were sucked into the AFI production vortex. A good two weeks have passed and it feels like I have been here for months already, feeling like a solid member of the AFI family. After getting to know the other fellow’s by watching their work in a intensive and bonding 10 hour session of showreels, we were asked to team in groups of Directors, Screenwriters and Producers by the end of the week already! In preparation to start at AFI, Directors and Producers had been reading two of each of the Screenwriter’s  ideas for the first short film this year, mysteriously called “Cycle One”. Holding on to industry procedures, Screenwriters pitched to Producers and Directors – and then the teaming frenzy began. Will you team with those who have become your friends in the last few days? Do you have a favourite story you aim for? Do you have a favourite person to collaborate with? Who do you think you can trust after one week? Who has the best social skills? Who has the most potential? Those are all questions you have to ask yourself when choosing your teammates that you will spend a lot of time with, and that holds not only true for school!

After I found my perfect match of the right combination of Story and Screenwriter, as well as a charming Producer, I went through a series of story workshops with Gill Dennis (writer of Oscar-winning “Walk the Line” and “Return to Oz”) and other film analyzing classes with industry professionals which accompany our Cycle One writing process. By the end of the second week, the next round of teaming was due: we had to find our Cinematographers, Editors and Production Designers. In front of the whole lot, we pitched our stories again and aim for our favourites. Just like in real life, the alliances you make in the beginning will probably be your most valuable throughout the years. But as we are a selection of the best aspiring filmmakers in the world, there is really no wrong choice. This is very reassuring when you are going through the mess of trying to make a connection with your fellows in terms of artistic preferences, taste and personality. As you can see in the picture above, I didn’t only find my artistic matches, I also happened to archieve a striking resemblance of looks in my team! I can’t wait to go into production of Cycle One in October – but for now, I’m busy developing the story with my fabulous writer Daniel Gentile, who is not in the picture because he is writing his hands off 😉

I’ll keep you posted about the next stages and challenges that await me at AFI in the weeks to come!